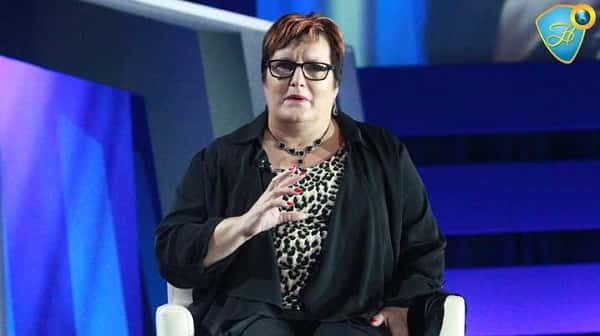 With a simple act of faith, God reversed Juanita’s situation and restored her life. Truly, the just shall live by faith and nothing is impossible to him that believes.
One a fateful day, 50-year-old Juanita Nel sensed an odd feeling in her hands and realized that she couldn’t move her fingers. She had also observed that she couldn’t eat properly as she always felt nausea, and the food seemed to cause a lot of pain. She decided to go to the hospital to have it checked out, and after several tests, she was diagnosed with colon cancer, polyps in the colon and thyroid disease.
From the discovery, Juanita spent the next few years trying to manage the condition, but nothing seemed to work; rather, the situation got worse with each passing year. Juanita was often in in a terrible state, with several infections, coupled with nausea and a runny stomach. Her health declined further, until Juanita found herself unable to eat or drink as she had trouble swallowing. She couldn’t sleep because the pain kept her awake at night. She couldn’t walk long distances, and she couldn’t even breathe normally anymore. This condition forced her to stop working, and she became completely reliant on her husband as she was unable to do anything for herself.

As the pain in her back increased, Juanita went for another medical examination, and the doctor informed her that her condition was only going to get worse. The news hit Juanita hard and she became so depressed. “I was devastated and emotionally drained; I cried my heart out every night. I was supposed to accept that it was only a matter of time until I died. That was very hard for me to take,” she recalls. “My father died of colon cancer, and I didn’t want to end up the same way.”

Juanita felt as if her life had stopped. At this point, her only resolve was to turn to God for a miracle and it wasn’t long before the Spirit of the Lord pointed her in the right direction. Juanita found out about the Healing School while watching television, and when she saw a miracle from the Healing School, faith sparked up in her heart and she registered for the Healing School session and immediately began to make arrangements to attend.

At the Healing School, every question she came with was answered. During the healing service, Juanita looked on with great expectation as the man of God, Pastor Chris, approached her and ministered to her. “When the man of God ministered to me, I knew I was healed,” she declared.

Today Juanita Nel lives free from pain and she testifies of the awesome transformation in her life: “Now, I can do all things. I can eat and drink anything. I can lift my legs, I can fasten my shoes. I live my life to the full now. There’s nothing holding me back and there’s no pain. I can honestly and boldly tell the world that God is a healer because I have been healed. He healed me – body, soul and spirit.” She stated. Glory to God!

Healing To The Nations Magazine – August

Healing To The Nations Magazine – July

Healing To The Nations Magazine – June