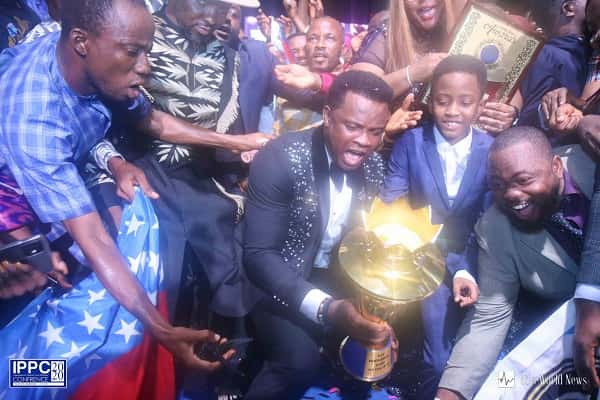 Sheer delight springs up among various partners as LoveWorld Awards kick off on first day of IPPC 2020.

The International Pastors and Partners Conference 2020 was characterized by sporadic moments of exuberant celebrations. Prior to the grand finale of the LoveWorld Awards on the sixth day of the conference, intermittent awards segments hosted at the prestigious LoveWorld Champions Arena from day one of the conference, were witnessed. Various Christ Embassy regions, zones, churches, Pastors and partners were plumed for their dogged commitment to the sponsorship of the Gospel, in spite of the daunting challenges that reeled out within the year.

It was a jamboree of buoyant celebrations as the different winners paraded their various awards in the LoveWorld Champions Arena day by day. It has indeed been the Year of Perfection for all Pastors and partners with the man of God, Reverend (Dr.) Chris Oyakhilome. They all expressed profound gratitude to the LoveWorld President for the opportunity to be relevant in the spread of the Gospel all around the world.