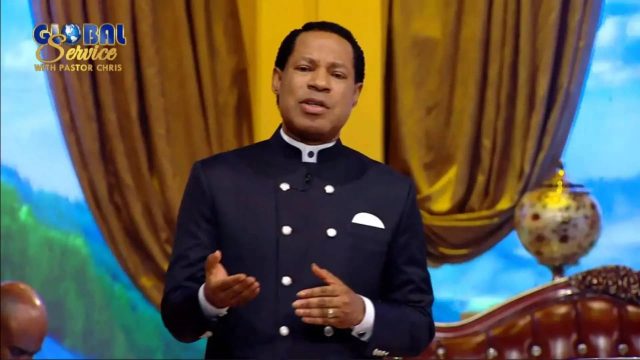 August Global Communion Service with the man of God, Reverend (Dr.) Chris Oyakhilome, commenced with a moment of exhilarating worship to God as the LoveWorld Singers led in songs. The global service being hosted from the LoveWorld Studios in Lagos, Nigeria is beamed live to a teeming global audience via the LoveWorld Networks, terrestrial TV stations, and various internet platforms.

The man of God, Pastor Chris welcomed participants from around the world to the special service stating that it is a unique prayer and communion service. With the rendering of the song ‘Governments and Galaxies’ by the LoveWorld Singers as instructed by the man of God, the global congregation was set to offer prayers to God as Pastor Chris leads.

A video highlight of prayer sessions earlier held in different Churches across the LoveWorld Nation was featured. The ongoing service climaxes the Global Prayer and Fasting Service declared by LoveWorld President for today, Sunday, August 1st.

Pastor Chris Bemoans Stance of Some Ministers Against Anti-Vaxxers

September “The Month Of Visualization”