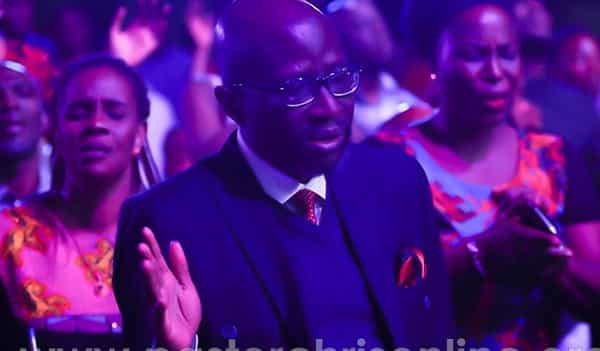 “So it is with faith: if it is alone and includes no actions, then it is dead. But someone will say, “One person has faith, another has actions.” My answer is, “Show me how anyone can have faith without actions. I will show you my faith by my actions.” James 2:17-18 GNB

When acting in faith, you don’t negotiate God’s instructions; you act on them. Faith doesn’t say, “Well, I know the Word of God says thus-and-thus, but let’s face the facts!” Faith neither faces nor considers the facts; it considers the Word and acts on it NOW! So, the faith that works is that which doesn’t negotiate the Word but believes it, speaks it, and acts accordingly.

Act on the Word today. Faith is not a leap in the dark, but a leap on the Word. That’s how Abraham got his son Isaac (Romans 4:19). From the natural standpoint, the facts before Abraham were completely in disagreement with God’s Word to him that he would be the father of many nations. But Abraham didn’t allow those facts to dissipate his faith and confidence in the Word of God. He held tenaciously to God’s Word, fully persuaded that God’s Word, not the natural facts of life, is absolute reality.

Once you receive the Word concerning any area of your life, act accordingly, for faith in the Word must have corresponding actions. Each time you pray, rejoice like someone that has received. Notice I didn’t say rejoice so you’ll receive; rather, rejoice, knowing that you’ve received! That’s the faith-principle! In as much as faith doesn’t consider natural facts, it doesn’t deny them either! Rather, what faith does is to deny those facts the ability or authority to control the circumstances of your existence, while depending on the Word of God as the basis and assurance for action!

Clapping is not an Offering of Praise to God

Hallowed Be Your Name – Loveworld Singers led by Eli-J