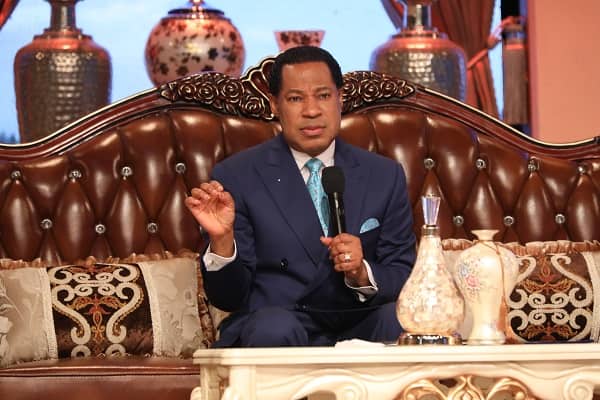 The April, 2021 Global Communion Service with the man of God, Reverend (Dr.) Chris Oyakhilome, commences with beautiful songs of worship to God led by the choir. The global service being hosted from the LoveWorld Studios at the LoveWorld Crusade Grounds along Lagos-Ibadan Expressway, Southwest, Nigeria is beamed live to a mammoth global audience via the LoveWorld Networks and various internet platforms. It is a special one as it is happening on Easter Sunday.

LoveWorld CEO, the esteemed Pastor Deola Phillips welcomed the global participants to the superlative service recounting the impact of the recently concluded Global Day of Prayer with Pastor Chris with a ground breaking record of over 5.3 billion participants across the globe and other impactful programs that were held in the month of March. The beautiful rendition of the LoveWorld Anthem by Pastor Saki and a session of prayers led by the esteemed Pastor Emeka Eze, Zonal Director, Christ Embassy, Lagos Zone 2, followed after. The global congregation offered heartfelt prayers of thanksgiving to God. They also prayed for their expectations for the month of April in anticipation of the Word of the Month to be declared by Pastor Chris.

A special recap video of programs that were organised across the LoveWorld nation in the month of March, was featured. The LoveWorld singers led in exhilarating songs of worship to God, creating an atmosphere of faith and preparing the hearts of participants globally, to receive God’s Word gladly as Pastor Chris begins to minister.