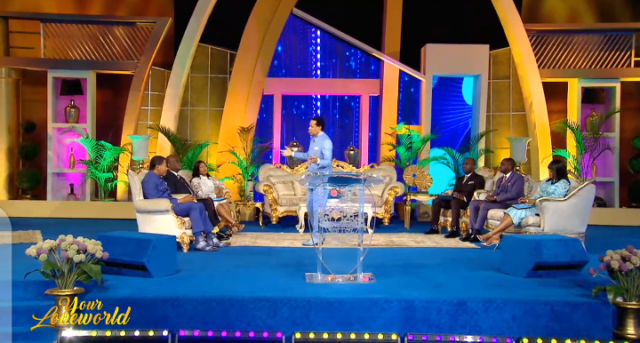 “Satanic cults are propping up their evil plans and somehow they believe they’re in control but they would face a root shock in 2022” — Pastor Chris Oyakhilome.

The opening session of the ongoing ‘Your Loveworld Specials’ (Season V, Phase I) was characterized by a great awakening to reality as the man of God, Reverend (Dr.) Chris Oyakhilome dished out uncommon verities from the scriptures. In a special plenary session, he revealed that satanic cults around the world are uniting on a solid front because of the significance of the times. “There’s a move by these satanic powers to synergize their efforts, with the hope of installing a leader to drive the system in the direction they want to go,” he remarked while expounding on the signs of the end times.

Ministering in the fullness of the Spirit, Pastor Chris exposed the agenda of satanic cults that are aligning themselves to be the controlling pillars in government, economy, and religion. Having reached a critical point in their activities, the man of God unveiled that these cults have marked 2030 as the ultimatum for achieving a one-world government. Nevertheless, Pastor Chris emphasized that their activities would be fettered by the most important gathering cloud; the saints of God.