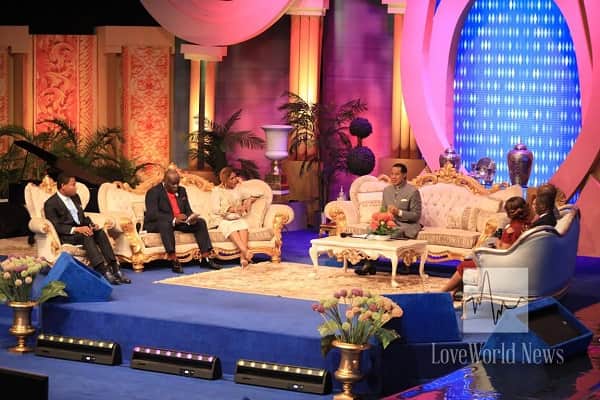 “Jesus didn’t  come to set up a religion and he never asked us to set up one,”  Pastor Chris, posits during the most watched live broadcast.

The first phase of the inspiring ‘Your LoveWorld Specials with Pastor Chris’, Season two, kicked off on Wednesday, July 1 and came to a climactic close on Sunday, July 5. The 5-day event, which was beamed live to a global audience via all LoveWorld Networks, and various internet platforms, stirred up a strong desire for the accurate knowledge of God’s Word and aroused greater expectations for the next phase in participants.

Akin to the previous season of this special telecast, the man of God, Reverend (Dr.) Chris Oyakhilome, through profound teachings , continued to uplift and inspire faith in participants from every nation of the world. Focusing on “The Mystery of Christ” as the subject of discussion in this phase, he took the saints through an in-depth study on the personality of Jesus Christ. With scriptural references, Pastor Chris highlighted several striking points, detailing the very essence of Christ; what His incarnation, vicarious death and resurrection made possible for both Jews and Gentiles alike, who believe in Him. Pastor Chris posited that the Messiah is first King, before a Savior and emphatically declared that, “Jesus is both Lord and Christ.” Explaining the mystery of Christ with references to Ephesians 3:1-5, Matthew 13:10-11, 1 Corinthians 2:6-11 among other scriptures, LoveWorld President clarified that Christianity is not a religion as widely believed. “Jesus didn’t come to set up a religion and he never asked us to set up one,” Pastor Chris emphasized. The deep truths he unraveled from day to day brought great enlightenment to the global audience.

The telecast also featured soul-stirring sessions of worship to God in songs led by seasoned LoveWorld music ministers. In a special Q and A segment, Pastor Chris together with a distinguished panel of veteran senior ministers, provided Bible-based answers and parallels to mind-boggling questions posed by people from different parts of the world.

The first phase of ‘Your Loveworld Specials with Pastor Chris’, Season 2, sparked up a significant level of growth in participants around the world. Greater impact is anticipated in the upcoming phase two slated to begin from Monday, July 13th to Sunday, July 19th, 2020. Get ready to be catapulted to another level of glory in the forthcoming phase 2 of season 2 which will be accompanied with prayer and fasting. Watch live here or tune in to any Loveworld TV station, LiveTV Mobile App, or Ceflix to participate.

Breaking Through From Death- Impact Of The Healing The Nations Magazine