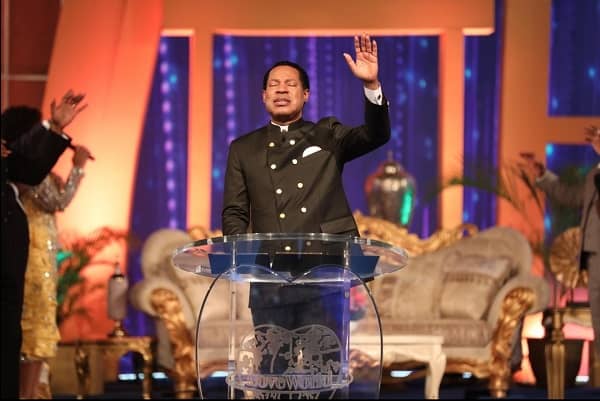 “No matter what persecution rises, the Church will not go under. We must increase and they must decrease.” — Pastor Chris Oyakhilome.

The 9th edition of the Global Day of Prayer with the man of God, Reverend (Dr.) Chris Oyakhilome which was held from Friday, March 25th through to Saturday, March 26th was characterized by the release of profound prophetic declarations. For over 24 hours saints around the world offered sweet-smelling incense to God, praying, and making prophetic declarations concerning the nations and the Church of Jesus Christ.

Kicked off by the man of God, Reverend (Dr.) Chris Oyakhilome with a riveting opening session, the prayer marathon continued to course through, connecting all continents of the world. Senior ministers in the LoveWorld Nation as well as ministers from partnering ministries across the globe took the baton to exhort and lead the global congregation in heartfelt prayers. From Nigeria to the United States of America, India, Romania, Brazil, South Africa, Ghana, the UAE, Sri Lanka, Hungary, Canada, Australia, the United Kingdom, Lebanon, Egypt, and more, the prayer chain continued non-stop with God’s saints praying fervently in tongues and in diverse human languages.

Prayers were made for the nations against war, violence, the loss of lives and properties. Prayers were offered for various sectors of the economies of nations. Fervent prayers were also made for the Church and Christians, for the rapid spread of the Gospel, for all men, and more.

As God’s people prayed, Spirit-inspired prophetic declarations concerning the advancement of the Gospel, the victory of the Church, peace in the world, and more continued to burst forth from different ministers as they led in prayers.

A special session with the world-renowned Healing Evangelist, Pastor Benny Hinn was also witnessed. The exhortation, prayer, and prophetic utterances by God’s general were ladened with power causing a great shift in the realm of the spirit. Indeed, there is a paradigm shift in favor of the Church and more testimonies will abound.

The LoveWorld Singers from different nations led in faith-stirring songs of worship to God, orchestrating an atmosphere of glory and the celebration of answers to prayers. It was all heavenly.

The over 24-hour prayer expedition crescendoed with a power-packed final session with the man of God, Pastor Chris. He exhorted from God’s Word, enlightening the congregation on the truth about current happenings in the world against the popular mainstream media propaganda. He then led God’s people in one full hour of praying in the Holy Ghost and declaring peace upon the nations. Glorious prophetic utterances were released by Pastor Chris and other senior ministers on set with him who also led in prayers.

The triumph of the Church is unrivaled as the man of God, Pastor Chris continues to lead the body of Christ in prayers. With answers to the prayers of the saints at the just-concluded March 2022, Global Day of Prayer, more testimonies of the Church’s victory across the globe are bound to be told.