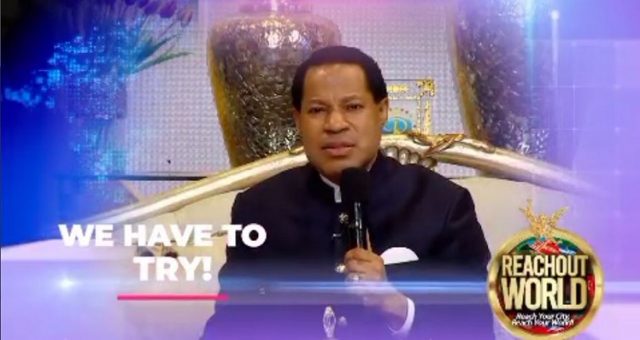 Over 7 billion people set to receive God’s Word in a massive doling out of the Messenger Angel, Rhapsody of Realities worldwide.

It is time for the epoch-making and record-breaking ReachOut World Global Launch with Pastor Chris beginning Friday, February 25th to Sunday, February 27th. Being the first of its kind, the Reach Out World is a special campaign geared at reaching the entire cities and regions of the world with the Gospel of Christ through the massive distribution of Rhapsody of Realities like never before.

This auspicious event will be broadcast live to a mammoth global audience via the Rhapsody of Realities website at www.rhapsodyofrealities.org and various internet platforms at 6 pm GMT+1 daily. With a definite goal to saturate the whole earth with the infallible Word of God, leaving no group unreached, the following campaigns are in the offing as part of this eventful exodus.

Penetrating with Languages: A campaign for the acquisition of the 2,139 new languages and to have Rhapsody of Realities translated in every language of the world

Penetrating with Truth campaign: A geographical-based campaign to reach every household and every street globally, to cover the 2.3billion households and over a 60million streets in the world to the maximum possible with Rhapsody of Realities related content.

Mind-Builder’s campaign: a campaign reaching children with Early Readers, Kiddies Rhapsody, and all other children materials.

Teevolution: a campaign reaching teenagers with Rhapsody Teevo and all other ministry materials to teenagers.

No One Left Behind; a campaign to reach those currently visually impaired and with hearing disabilities, with braille and sign language formats of Rhapsody of realities.

It is calculated, measured, and content-packed. It’s the palpable celebration of God’s Word in the various homes, streets, and cities of the world. Don’t miss the opportunity to bring into fruition, the words of Jesus in “Matthew 24:14; And this gospel of the kingdom shall be preached in all the world for a witness unto all nations; and then shall the end come”.

Prepare now, be a part of this Spirit-led move to cover the whole earth and reach over 7 billion people with the Word of God through Rhapsody of Realities. This is the next biggest thing; it’s ReachOut World Global Launch with Pastor Chris.