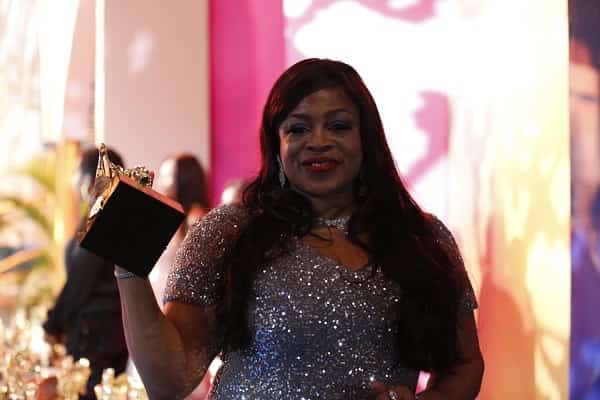 Gospel virtuoso, Sinach, makes a come back after 4 years to claim coveted ‘Song of the Year’ at the LoveWorld International Music and Arts Awards 2019.

It was time to celebrate big again for Sinach as her song ‘Overflow’ was announced as ‘Song of the Year’ at LIMA Awards 2019. Sinach was crowned ‘Songwriter of the Decade’ at the first edition of LIMA Awards in 2016, making this win in the 4th edition an emotional moment for her.

Awe-struck by the award, Sinach expressed profound appreciation to the man of God, Pastor Chris, for raising her with God’s Word as a young girl to becoming a global influence for the Gospel today. She attested that, through faith and consistent prophetic declarations, Pastor Chris has helped her and several other artistes fulfill God’s purpose.

LoveWorld President, Reverend (Dr.) Chris Oyakhilome, said that though the song had been released for a while, it took off slowly because it was ahead of its time. Pastor Chris said it is now time for ‘Overflow’ to spread further around the world ministering God’s prophetic inspiration to the lives of its hearers. He also thanked Sinach for blessing the world with her anointed music.

Hearty congratulations to Sinach and all winners at the LoveWorld International Music and Arts Awards 2019.