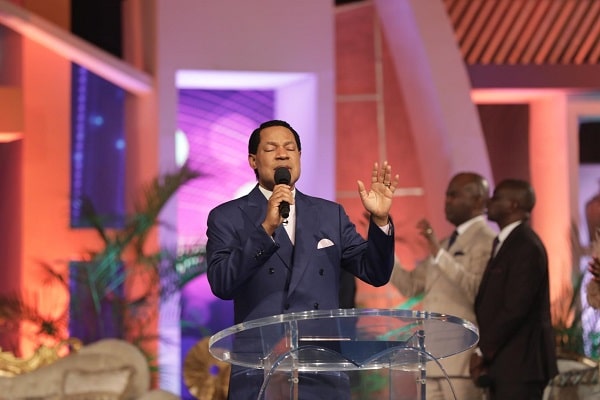 Massive global participation numbering in billions again witnessed in this edition of the Global Day of Prayer with Pastor Chris.

It is still the Year of Preparation and yet again God’s people converged for the 7th edition of the Global Day of Prayer with the man of God, Reverend (Dr.) Chris Oyakhilome. The strategic prayer program kicked off at 6 pm GMT+1, on Friday, September 24th, and continued round the clock to Saturday, September 25th. Jaw-dropping, widespread global participation numbering in billions was witnessed in the prayer marathon, broadcast live via all LoveWorld TV stations, numerous terrestrial TV stations, radio stations, and various internet platforms with translation into numerous languages of the world.A cross-section of senior ministers on set, praying with Pastor Chris.

Opening sessions of prayer were led by the members of the CEC on set with Pastor Chris, the highly esteemed Rev. Tom Amenkhienan, the highly esteemed Pastor Kay Adesina, and also by LoveWorld CEO, the esteemed Pastor Deola Phillips amid glorious renditions by the LoveWorld Singers. The man of God has continuously made the call for ceaseless prayers in the various battlefronts of the war we are engaged in. The seriousness of this solemn call was further expressed in the exclusive documentary titled ‘the Call to Prayer’, that was featured during the prayer program.A member of the CEC, the highly esteemed Rev. Tom Amenkhienan, leading a session of prayer.

Ministering at the opening session, Pastor Chris reiterated the prophetic declaration he had earlier made concerning the global vaccination program. “They are going to bring you a vaccine (this has already happened). They are going to try to make it mandatory (this is currently ongoing), and they are going to fail in their efforts to enforce the mandatory vaccination (this will happen),” Pastor Chris pronounced under the unction of the Holy Ghost. Following a brief exhortation, he went on to lead the global congregation in a special one-hour session of prayer for laborers to be sent to minister the Gospel to leaders of nations among other prayer points.LoveWorld Singers from Lagos, Nigeria, leading a session of worship to God in songs.

From every continent, sweet-smelling incenses rose up to the Heavens as senior ministers in the LoveWorld nation and partnering ministries took the baton to exhort and lead the saints in the over 24 hours unbroken prayer chain. From Canada, India, Sri Lanka, China, Hungary, Nigeria, Egypt, Romania, Spain, Italy, Lebanon, Ghana, the United Kingdom, the United States, South Africa, the UAE, Bahrain, and several other countries, voices were lifted in prayer for governments being pressured by the Deep State, for lost souls, for ministers of the Gospel to walk in boldness, for first responders, security and law enforcement agents, for the youth and children among others.

The prayer expenditure climaxed with a memorable final session with Pastor Chris on Saturday, September 25th. With a brief exhortation on praying with knowledge and assurance of answers from God, which is the beautiful thing about prayer, Pastor Chris again led the global audience in one hour stretch of prayer and prophecies. People from all nations and diverse languages prayed earnestly, declaring God’s Word concerning their nations and cities. There is no doubt that as Pastor Chris continues to lead the Church in fervent prayers, God’s will is being enacted in the earth, evident in glorious testimonies of the victory of the Church in different nations. Anticipate the next Global Day of Prayer with Pastor Chris.