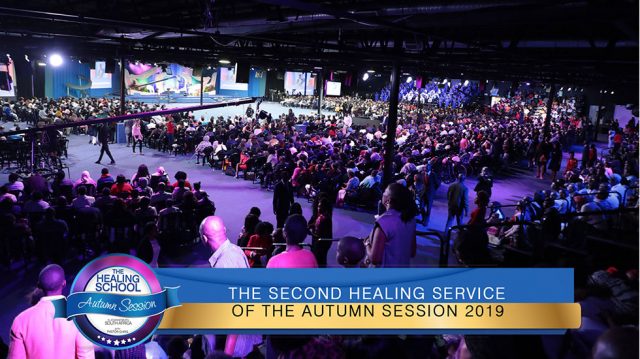 Thousands anticipated the touch of God’s love that will put an end to their infirmities and sicknesses.

Yesterday was the second healing service of the 2019 Autumn Session with Pastor Chris which held in Johannesburg, South Africa.  It promised the unveiling of God’s unlimited grace and the unprecedented outpouring of His healing power upon all that are sick, maimed and hurting.

New seasons of healing and transformation were sure to unfold in the lives of the sick who have long anticipated the epochal day. Many have journeyed from far and near to experience an end to their predicament. They had come with high hopes and trust in the Lord, waiting for that one divine touch from God.

Over the years, men and women of diverse races have come to witness the awesome manifestation of God’s Spirit at work in the Healing School of Pastor Chris. Many lives have been renewed as a result of the miraculous healing they received at the Healing School. The Healing School continues to be the haven of God’s demonstration of immense love towards mankind.

At the entrance of the man of God, Pastor Chris, expectations heightened for the spectacular move of God’s Spirit. The atmosphere was supercharged and excitement filled the air as the man of God began ministering healing to those who had been plagued with all manner of infirmities.

With such power, the man of God ministered to the students; one after the other, they were made whole from every single sickness and pain that had held them in bondage.

Upon every sight of a miracle, shouts of joy and jubilation filled the entire auditorium. Many rejoiced in their prevailing faith, thus demonstrating their miracles by doing what was hitherto difficult for them.

What a phenomenal service it was!