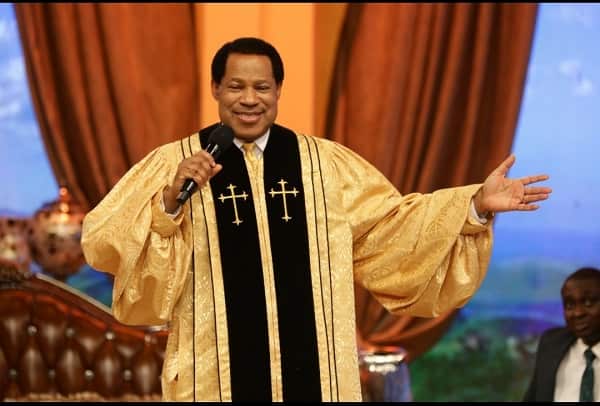 “I believe that there are some key things that many haven’t taken advantage of, for which reason the Lord is pressing further” — Pastor Chris Oyakhilome.

The global audience was abuzz with excitement as the President of LoveWorld Inc., Reverend Dr. Chris Oyakhilome, declared the of continuation of visualization in the month of October at the just concluded Global Communion service. “The Lord has graciously given us this opportunity for us to have even this month of October as the Month of Visualization,” he remarked, spelling its importance in these times.

“I believe that there are some key things that many haven’t taken advantage of, for which reason the Lord is pressing further,” Pastor Chris cited as he continued expatiating on the Word of the month. Remember, September was also the Month of Visualization. Teaching further on the subject, the man of God explained the power of visualization, cautioning the saints to avoid exploiting the principle for lustful gains, lest they make wrong choices. He admonished the saints to always see from the Spirit with a heart of purity.

In the course of his teaching, Pastor Chris introduced an important topic themed ‘The 7 Reigns of the Prophetic Timeline’. He taught that the first reign over this world was exercised by Adam which was toppled by the reign of death, and subsequently that of the law. He highlighted that we are currently in the era of Christ’s reign through the Church for which reason we ought to exercise authority in the name of Jesus over every circumstance we may be faced with. Pastor Chris promised to further expound the subject during the upcoming ‘Your LoveWorld Specials’ series slated to begin on Monday, October 11th. Clear your schedule and plan to participate in each of the thrilling 5-day sessions with the man of God.

“God wants us to see the unseen,” Pastor Chris emphasized as he spurred the saints to take advantage of the opportunity we’ve been given this month, to further exercise the power of visualization God has graciously blessed us with. Congratulations to all LoveWorld citizens as we continue to visualize.

Healing to the Nations Live