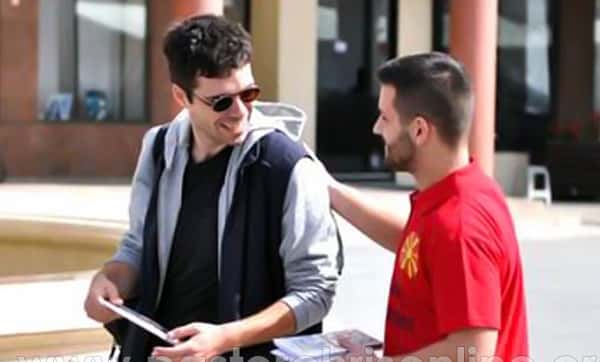 On a certain day, Samuel the prophet went to the house of Jesse to anoint one of the sons of Jesse to become king of Israel. As soon as Samuel saw Eliab, Jesse’s first son, he said, “Behold the Lord’s anointed is before Him,” and wanted to anoint Eliab to be the king. But God stopped Samuel and said, “I have refused him.” God didn’t say, “I have not chosen him”; if He had said so, that would have been rather okay, because He had the right to choose whomever He wanted to be king.

However, He said, “I have rejected him,” meaning that He considered Eliab and found him unsuitable. God must have seen something in his heart that made him unfit to be king; none of his other brothers were chosen either. David, who at the time was tending his father’s sheep, was then sent for, and as soon as he arrived, God said, “Samuel, get up and anoint him, this is he” (1 Samuel 16:6-12). What did God see
in David? Why did God want him? The answer is in God’s remarkable testimony of David in Acts 13:22. He said, “…I have found David the son of Jesse, a man after mine own heart, which shall fulfil all my will.”

David was a man whose heart was after God. Some of his actions may not have been perfect, but his heart was perfect towards God. Your heart is so important to God; that’s where He seeks to work. He said, “My son, give me thine heart and let thine eyes observe my ways” (Proverbs 23:26). You must watch your heart, and serve God with a perfect heart. A perfect heart is one that seeks after God and wants
to please Him always; a heart that’s after His Word. Your attitude to God and to service in His Kingdom must be inspired by, and reflect His love. Examine yourself with the Word continually, and be sure there’s no root of bitterness, malice or anger in your heart.