Home Living In Victory Beneficiaries Of His Supernatural Favour 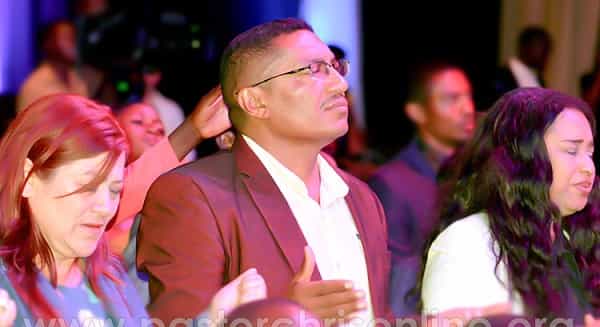 Noah presents us with a good example of a man who walked in favour with God. Genesis 6:8 tells us that, “…Noah found grace in the eyes of the LORD”; thus, when God decided to destroy the earth by flood, He instructed Noah to build an ark to protect him from the deluge. As it rained, it didn’t matter the extent of the flood, and the destruction it left in its wake for the people of the world; the same waters bore Noah’s ark up. He didn’t have to bother about the flood, because he was in favour with God.

Romans 5:17 lets us know that God has granted us abundance of grace; meaning we’re in favour with Him. Accordingly, you’re expected to live and walk with the consciousness of one who’s favoured of the Lord. No matter what happens in the world, refuse to fret; you’re not of the world. Maintain this consciousness or otherwise you’ll be walking against the Word of God without realizing it, thereby exposing yourself to unnecessary challenges, difficulties and frustrations, because you’re not living in the consciousness of God’s favour.

Walking in favour doesn’t mean that the flood will not come. Remember, He warned Noah ahead of the flood, and instructed him to build an ark and stay in the ark. It would have been foolish for Noah to pray against the water, instead of acting on the Word to build and stay in the ark. Live in the ark of God—His Word—and you’ll never be disadvantaged in life, because you’ve found favour with the Lord.

There’re some who think that if everything is all right, then they’ll find favour with God; no. It’s the favour of God on your life that makes everything all right, and not the other way round. God wants you to have the consciousness; the awareness that nothing is designed to work against you! No matter what happens, you can always win, because you’re the object of God’s overwhelming love and supernatural grace