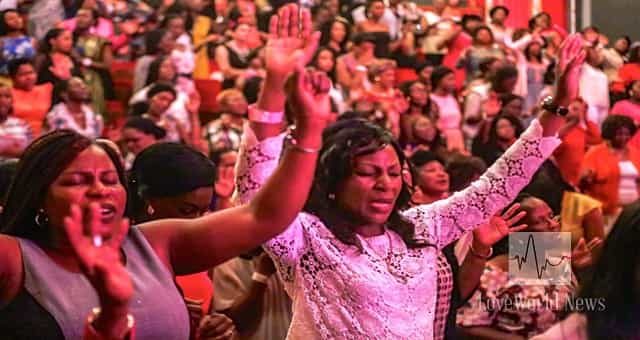 “While He was still speaking, someone came from the ruler of the synagogue’s house, saying to him, “Your daughter is dead. Do not trouble the Teacher.” But when Jesus heard it, He answered him, saying, “Do not be afraid; only believe, and she will be made well.” Luke 8:49-50

The Gospel of Jesus Christ is a message of hope; it makes the future real to the hearers, and gives them a reason to believe in that future. When people, who are down and out, hear the Gospel, hope comes alive in them and they look forward to a beautiful future. That’s the power of the Gospel. The Scripture is chock-full of the phrase “Fear not”; that’s a message of hope from the Lord, telling you, “Look up; it’s not over; you’re not down and out!”

Imagine this scenario with Jesus: A certain man whose daughter was critically ill cried to the Master for help. Before Jesus could make his way to the man’s house, one of the man’s servants came with the sad news: Your daughter is already dead; there’s no need to trouble the Master (Luke 8:49). The Bible says, “As soon as Jesus heard the word that was spoken, He said to the ruler of the synagogue, “Do not be afraid; only believe” (Mark 5:36). Remarkable! Even though the man’s daughter was already dead, Jesus said to him, “Be not afraid, only believe.” That’s a message of hope! When the man believed and took the Master to his house, his daughter came back to life. All hope had been lost, but he had faith in the words of the Master.

Perhaps you’re reading this today and all you can see is darkness, and nothing seems to be working; no help in sight. The Word of God says to you, “Fear not; it’s not over. Only believe.” It’s not the end for you; there’s hope and a future for you. All you need do is to “be strong in the Lord and in the power of His might” (Ephesians 6:10). Trust Him. He never fails.